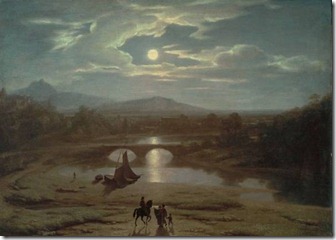 “People will faint from fear and foreboding of what is coming upon the world, for the powers of the heavens will be shaken. Then they will see the Son of Man coming in a cloud with power and great glory. Now when these things begin to take place, stand up and raise your heads, because your redemption is drawing near.” Matthew 21:26 NRSV

Are you enjoying the coming winter months? Do enjoy days getting darker and colder? I admit that each year I have misgivings about going into the winter months again. I don’t especially like putting on extra clothes, needing to heat the home, with the inability to play one of my favorite sports, golf! For some people this is just a dark period of the year. More people seem to die in the dark colder months, which of course I imagine is good for the funeral directors but tougher on families. We used to call December and January “Death Zone” months in which I conducted most of my funerals! Some tend to think of these of just being lousy months! Maybe that’s why we’re having so many “Black Fridays”; accept the blackness and get a good deal! I even heard of black Mondays and of Ford selling cars until Christmas in what is called a “Black Month.”

Speaking of lousy situations, are you also worried about the so-called “fiscal cliff”? And the recent news reported a section of the Arctic ice circle as large as the United States has melted this last year! This can seem quite depressing as some of us wonder about future mega storms and weather changes we will need to adapt to.

And then there are “church future issues” we read about and are experiencing right here. As the mainline churches continue to become sidelined we wonder what will bring people back. Last summer I was golfing with a lady in the Hamburg Couples Club who found out I was a retired Presbyterian minister. She told me that she was Roman Catholic and was asked recently to be the Lector reader for her congregation. She was so disgusted that one of the readings included the words, “Wives, be in subjection to your husbands”! She hated to read it and I asked her, “Why didn’t you challenge the priest?” She replied, “Well I think I have plenty enough years to spend in purgatory; that would no doubt just add many more!”

Yes if we took time to ponder, we could feel many wounds, wounds from our youth, from our parents, from some of our partners, and from some of former friends who no longer support us. And we carry the stress from weather, political events, ecological events and people, those who seemingly betray us, right within our bodies. We show it in our faces and eyes, in our aging, in how we walk, in what we eat and in what we read and no longer read.

Such a sense of pain and discouragement is experienced by all people including leaders both spiritual and political, past and present. The Psalmist cried out; “My God, my God, why have you forsaken me?” Jesus quoted the same verse as he died stretched out on a cross. We also see it in the stories of Moses when he became discouraged and angry and no longer wanted to go on. We read about in the stories of the prophet Elijah who in defeat ran to a mountain cave and sat in pondering despair. We read about it when the prophet Jeremiah cried out, “Never again will I speak his word,” responding to rejection by both people and what seemed to be God.

One of my favorite authors in past years has been a woman named Pema Chodron. That’s not her original name but the one given to her when ordained a Buddhist Monk. Born Deirdre Blomfield-Brown in a Roman Catholic family in New Jersey, she attended the best private schools as one of her family’s three children. She graduated from Sarah Lawrence College in New York City and married an attorney. She had a good life going. Before she was 30 years old, however, her husband left her. In her despair, she moved to San Francisco, got a teaching degree and soon married another man who was a writer. They soon moved to New Mexico so he could have a better climate to write. One day in her late thirties, hanging up diapers from their second child, her husband came home and said he didn’t love her, having fallen in love with another woman! With a cigarette dropping out of her mouth hanging diapers on the clothes line, her world fell apart along with her faith. She soon went to France and began to study Buddhism with Lama Chime Rinpoche in the French Alps where he urged her to return to America where she worked with a Buddhist teacher named Chogyam Trungpa Rinpoche, and through his teachings and practice of meditation she found peace. In 1981 she was ordained as the first North American Buddhist woman monk and today she’s the director of the Gampo Abby on Breton Island, Nova Scotia. I’ve enjoyed her books and often put quotes on my Facebook page. The latest book of hers I’m reading is, “The Wisdom of No Escape.” It’s a wonderful spirituality book for a retreat, teaching how in this life with pain and loss, we can yet experience peace. Much of the book enhances my own roots in trying to follow the Christian path.

One of Pema’s chapters deals with the practice of Tonglen. Tonglen is a Buddhist term for embracing our darkness. The way to get through pain and despair is to embrace it, not run from it. It reminds me of the text today from Luke chapter 21;

“There will be signs in the sun, the moon, and the stars, and on the earth distress among nations confused by the roaring of the sea and the waves. People will faint from fear and foreboding of what is coming upon the world, for the powers of the heavens will be shaken. Then they will see the son of man coming in a cloud with power and great glory. Now when these things begin to take place, stand up and raise your heads, because your redemption is drawing near.”

Now my fundamentalist friends would try to make this passage prove that the end of the world is very near. They would point out how things are more terrible now than they’ve ever been with the only hope being for Jesus to return out of the heavens literally and take us out of this black mess! I think it misses the whole point. The point is that people will always be fainting from fear and foreboding of what is happening to this world. But rather than looking up into the clouds for the return of Jesus they can look up into their heads which can lead them to their hearts and discover that God is still with them and hope is alive.

When we fail to own and face the darkness of our lives, our hearts become cold and hard. They’re like dried out stiff sponges unable to clean anything. But facing the darkness and the pain can soften our hearts with sorrowful tears of weeping. Such honesty soaks and softens the heart like a stiff sponge softens with water. We can take the sponge and wring out tears of sorrow and it will be left soft, pliable and usable. If we refuse to face our pain and darkness, the heart grows hard and colder and beneath all of our words of hope in God and faith, there only remains lingering and deep cynicism about life.

Yes if we want to feel victory in this life surrounded by tragedy and loss we must accept and face the hell in which we live. Father Richard Rohr has written that “Religion is practiced by people who want to keep out of hell. Spirituality on the other hand is practiced by people who know that they have passed through hell!” And so it is, one leads to further conflict, bad health, unhappiness and loss. The other becomes an opening to Spirit which is deeper and beyond all the pain that afflicts our bodies and minds. Spiritual awakening reveals options in forgiveness for mistaking this world for what it is not instead of what it is. Awakening to the Spirit Self within allows and gives hope that removes deep pain while softening and opening our hearts.

One of our grandsons came home from High School in Orchard Park a few days ago and told his grandmother Naomi of an interesting class. The teacher had each student answer several questions about the kind of lifestyle his family lived. At the end she showed them a chart which revealed to him that if everybody in the world lived according to his lifestyle as a teenager, the world would need to be five and a half times larger to supply all of the needed resources! He was astounded and amazed and I’m sure a new consciousness will be with him for years to come.

Awakening to the blackness around us, the pain and hopelessness we hear, read and feel each day, can be awaking anew to that which is beyond this world and beyond our short lives. It is becoming aware of the blackness of our lives and turning it into the whiteness of joy and peace. Awareness shows us ways that we can without anger manifest hope and kindness to those without it. The memory stays with us as a consciousness, a mindfulness with an awareness that in the universe and world we live, there is another perspective.

Turn inward to silence and you will in time be able to look up and see the Son of God, who is your True Self giving you strength to live a life of sharing peace. And one day You will return Home. Practice Tonglen each day, embracing the darkness, allowing it to soften your heart, giving forgiveness to our hopelessness in this insane world. Watch it grow and touch people around you. Turn your Black Fridays into ones of happiness and peace as you deepen the awareness of your Identity through understanding, meditation and solitude. Accept the “blackness” and in time, you will get a “great deal” in timelessness!