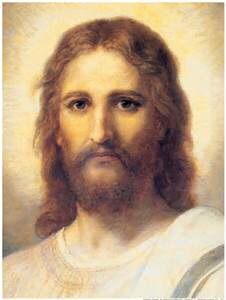 Churches are in attendance and support trouble.  In a recent Pew Foundation study, they reported a drop of 8% in the past 10 years.  People who call themselves “Christian” have dropped to about 70% of the population while the rise of atheism has risen at a faster rate, nearly 25%.

Around 250,000 churches remain, but 200,000 report they are stagnant or in decline.  4000 are closing each year, up from a few years ago, with 3500 people leaving, most calling themselves, “nones.”  One half of today’s churches are more than 100 years old, with the population then only 130 million compared to today’s 320.  As the astronauts radioed to earth in 1970, after Apollo 13’s moon trip reported an onboard explosion, “Houston, we have had a problem!”

Although the UU Church is one of the smaller denominations, they too remain fairly stagnant.  Certainly, everything is not about size, yet I feel the UU Church, and most others, might attract more people if they knew more about the history of a person, often associated with churches, named “Jesus.”

A few years ago I read an article by a UU Minister from Austin, Texas titled, “Why Unitarian Universalism is Dying?”  http://www.meadville.edu/uploads/files/101.pdf   In the article, he was very critical with little hope for the future of the UU’s.  He argued it had become mostly a political lobbying organization rather than a place for spirituality.  He called the 7 Principles of the UU’s, “Seven Principles of Banality!”  He viewed the UU Church as mostly a “service organization” rather than a church.

In many ways I feel at home in the UU Church.  I align more with its social values than most others.  In 1965, 20 percent of the UU ministers marched with Dr. Martin Luther King to Selma, Alabama.  One was even killed.  Their leadership in equal rights and social equality for all, resonates with my views.  I also believe they might attract more, perhaps making a larger impact, if they did deep their third principle of existing “…encouraging spiritual growth in our community.”  The history of the UU Church enhances this ability.  So who was Jesus, and what did he teach, according to history in which the UU’s ideas evolved.

In preparing this sermon, I found other UU ministers who spoke about the life and teachings of Jesus.  One was named Rev. Elizabeth Rolenz from Cleveland, Ohio.  Listening to her 20-minute sermon on YouTube, “Stealing Jesus,” she described Jesus being stolen from the early 4th century church.  She also believed Jesus was “stolen” during the Reformation by most “Reformers.” Why?

Studies have shown that before the 4th century creeds, the Apostles and the Nicene, Jesus likely belonged to a small group of Jewish people called the “Ebionites.”  They considered Jesus a teacher of God, but not unlike earlier ones in Jewish history.  They called Jesus the “Son of God” as he taught that all people are God’s Sons and Daughters.  Further, Jesus, along with the Ebionite tribe, was a vegetarian.  Most UU’s probably wouldn’t care for this idea but the Ebionites would not kill animals for sacrifice or meals.  They lived mostly on a plant based diet of whole grains and fruits.  I would argue, however, UU’s might be healthier, but that’s another talk!  The Ebionites were also radically non-violent, refusing to participant in wars, reminding us of people we know today as “Quaker, Amish and Mennonite.”  They taught that Divine Presence, the “Christ,” indwells all people, and is everywhere.  This Christ is the True Self of each one, the inner Observer who looks at the outside world but quickly becomes identified with its mortality.  Ebionites were also among the first to call themselves “Christian,” Christ Ones.   (See, “The Lost Religion of Jesus: Simple Living and Nonviolence in Early Christianity,” by Keith Akers, Lantern Books, 2000.)

This teaching resonates with ancient Hinduism and Buddhism, which regarded the world and material universe as “Maya,” as illusion and not reality.  This idea of Jesus was condemned, however, in the 4th century by Constantine and the “approved” church.  Those who followed the earlier teachings, called “Gnosticism,” understood Christ as a universal presence.  Yet, Gnosticism survived after the formation of the 4th century church, as Richard Smoley describes in his book titled, “The Gnostic Legacy from the Gospels to The Da Vinci Code.” (HarperCollins, 2005)

This idea of Jesus teaching a Universal Spiritual presence began to reappear in the 16th century’s “Protestant Reformation,” amid the birth of the Unitarians and Universalists.  It arose in Eastern European Transylvania when the King of Romanian, John Sigismund, declared people could choose their own religion.  His court Preacher, Frances David, had converted from Catholicism to Lutheranism, and finally to Unitarianism.  (He had more “conversions” than myself!)  He taught Jesus, God and Spirit, as one with the Godhead but as different expressions.   He also taught a loving God would never condemn people to an eternal hell.

Meanwhile, a Spanish teacher named Michael Servetus, began teaching a similar universal presence of divinity.  Reacting against the rigid preordained “election” taught by John Calvin, Servetus was later burned atop his books as a heretic!  So where did the movement then move?

Of course, it came to America with the Puritans from whom UU’s soon left.  They began ordaining women in 18th century New England.  Led by Unitarian Dorothy Dix, they also circulated texts of well know eastern writings such as The Bhagavad-Gita and Lao Tzu’s Tao Te Ching.   They became among the first to lead in the abolition of American slavery.

So what would I suggest for UU’s today, and for Christians interested in a renewal of spirituality?  Reconsider the teachings of the probable historic person named Jesus.  Read these short Eastern books which teach basic Hindu and Buddhist theology.  Learn to understand the difference from what we see with our physical eyes from that which we see through the eyes of faith.  Understand the world in which we live is mortal, always in process of advance and retreat, of love and hate.  As Jesus said about this transient world, “There will always be wars and rumors of wars!”  (Matthew 24:6, NRSV) The physical world is non-fixable.  It advances and retreats.  It is a world of dualism, of good and the evil, of mortality.

Today, we also have the advantage of science to help understand spirituality on a deeper level.  Albert Einstein help launch the idea of the relativity of this world and universe.  Quantum science “proves” the physical is not even here!  It’s not real.  It’s only an illusion of reality!  Mind boggling.  But it can encourage us to find “reality” in solitude on another level, or in the words of the Psalm, “Be still and you will know I am God!” (Psalm 46:6, NRSV)   Where then is the Kingdom, the Presence, the Heaven as Jesus taught?  It is all within us!  The kingdom of God, Spirit is within you, it is you, the True You!  God is a no-thing, the “is-ness of the world”, the Great Other.  (Luke 17:21, NRSV)

These teachings continue to grow and nourish millions of people, some who have left organized churches and institutions.  Where are people finding it?  Many in yoga classes and its practice.  Many churches now offer “yoga.”  We had classes at Wayside.  A friend continues there along with time for meditation.  Such experiences help people begin to feel the Quietness, the Peace within a world of turmoil and anger.  There are sitting groups in all parts of Erie County, of the country, one even close to you in East Aurora at a place called “Healing Waters.”

There also are many well-known teachers of a universal presence among us today; the late Wayne Dyer, people like Deepak Chopra, Jack Kornfield, Carolyn Myss, Louise Hay, and even Oprah Winfrey!  Then there is the late Helen Schucman, the atheist teacher at Columbia University, who shockingly found herself in the late 1960’s channeling the now best seller and worldwide read book in many languages, A Course in Miracles, and taught today by people like Marianne Williamson, Beverly Hutchinson McNeff and the late Ken Wapnick.

Churches might also consider including more silent periods in it services.  They help add more mystery or “spirituality” to the hour.  They could use a bell or Tibetan Singing Bowl.  They might add some incense which helps associate breathing in the Spirit.  UU’s might even consider adding some form of “Holy Communion” which I believe they do not include.  Ashrams I visited in India regularly offered it, most on a daily basis.  I never thought we were literally eating a former guru, but simply breathing and ingesting the Spirit and Love of a recognized teacher.

Stephen Hoeller, a recognized scholar and expert in early church Gnosticism, believes the Roman Catholic Church “stole” the Eucharist with its liturgical forms from the early Gnostics.  However, the Roman Church, he says, made all the stories literal, even to the point of devouring Jesus’ body.  Yet whenever I visit the Mass in a Catholic Church, I always sense and feel the mystery, the “spiritual presence” with their chants, sounds and smells.

Yes, as Albert Schweitzer wrote in his 1906, The Quest of the Historical Jesus,

“What has been passing for Christianity these 19 centuries is merely a beginning, full of weakness and mistakes, not a full-grown Christianity springing up from the spirit of Jesus.”

Or as the Roman Catholic/turned India Guru, Bede Griffiths wrote, “Unless the church finds again its spiritual center it might just as well close up!”   God bless you all with peace!

Retired minister who still writes, speaks some, hikes less, and golfs.
View all posts by David Persons →
This entry was posted in Religion, Uncategorized. Bookmark the permalink.